I first published this post a couple of years ago on another blog, but it's as relevant now as it was then.

I don’t know about you, but I find writing in the first person narrative much easier than any other point of view. It could be that it’s a matter of placing me into the story—that I am the main character, therefore, writing down my thoughts onto paper is as simple as taking a breath.

Although I have to admit that I have read some very poorly written first person POVs, where everything was “I did this” or “I turned left”, or “I sat”, which made for an extremely irritating and boring first few pages. And I mean first few pages because that was as far as I could get into the story. “I,” at the beginning of every sentence is a death toll for any book. Keeping the sentences varied in length, changing each sentence’s rhythm, and not starting each out with a pronoun, is the key to any great paragraph, and that, in turn, successfully lures your reader further into the story. 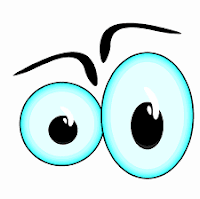 Of course, you need to have enough of a story if you are only going to “see” the view of just one person. On the occasions when I know I want to tell the story from, not only the hero’s POV, but also the heroines, writing in third-person proved to be the most expedient method. I even have a trilogy where there are three POVs going. That’s great fun!

This subject was brought up in a recent Nathan Bransford blog. He said, “Apparently there are literary agents and professors and all kinds of ostensibly rational people out there who think first person narratives are somehow unserious.”

What I found most encouraging was some of the comments his readers left. Here are three: 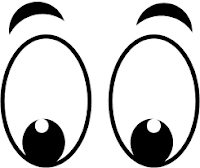 Lane Diamond: I started out my first book as a third-person tight POV (protagonist), because so many literary agents indicated they profoundly disliked first-person narratives (no doubt because they tend to devolved into a narcissistic string of I, I, I, I, I, I, I). 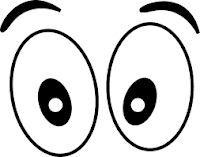 Shawn: My first agent told me that First Person was the mark of an immature writer. She said that in this era, it has no place outside MG and some YA. She said it was solipsistic, in only the way a kid could be solipsistic.

cinthiaritchie.com: Oh, man, in graduate school they pounded it into our heads that third person was "the" way to go, that first-person was a weaker perspective, that it wasn't respected--that no one would take a first-person narrator seriously. Well! Excuse me, stuffy professors, but I feel that you were quite wrong.

Some of the best novels I’ve read were written in first person perspective. Have you ever read any of Edgar Allen Poe’s short stories or poems? Or have you read The Book Thief by Markus Zusak? Or Jeff Kinney’s Diary of a Wimpy Kid. Let’s go back farther in time, and we can read that F. Scott Fitzgerald used first person perspective in The Great Gatsby, and so did Merman Melvin in Moby Dick. These books did quite well using a perspective that big publishers seem to discourage.
Just remember, in a wonderfully written story, you shouldn’t really notice the POV. Everything should be seamless, and flow well.

Now go out there and write!

‘philanthropic + epiphany’ (=so much to give + vision):
~let these two words be the start of your journey~

Why else does a moth fly FROM the night
than to a bold, attractive candle Light??
Don’t let His extravagant Brilliance be extinguished.
You’re creative, yes?
Then, fly-away with U.S. to the antidote…

Whether you obtain moralityB4mortality to wiseabove
or just glean tantalizing specimens for thy next best seller,
you shall find in our blogs a lotta (subliminal) moxie
which has taken this sinfull mortal yeeeeers to compile!
I lay it ALL out for you, dear, with All-Star-Oxygems:

Wouldn’t ya love an endless eternity
of aplomBombs falling on thy indelible cranium?
An XtraXcitinXpose with no zooillogical-expiration-date?
An IQ much higher than K2 all-go-rhythm?
An anti-establishment, savvy victory +
avant-guarde-humility =
you’re promptly astonished, ain’tcha?
withe extraordinarily explosion of maelstrom mellowdramatic??
Here’s what the exquisite, prolific GODy sed
(with a most-excellent-detector of bull§ht):

“Faith, hope, and love,
the greatest of these is love –
jump into faith…
and you’ll VitSee with love”
Doesn’t matter if you don’t believe (what I write);
God believes in you.

Do it. Do the deed, dude. Sign into the Big-Zaftig-House.

PS “It is impossible that anyone should NOT receive all that they have believed and hoped to obtain; it gives Me great pleasure when they hope great things from Me and I will always give them more than they expect”
-our Lord Jesus to Saint Gertrude

...think about it, girl:
if 1-outta-1 perishes in 88ish years;
then, how WE sinfull mortals have lived
is where we go for eternity, Up or Down,
Seventh-Heaven or the Abyss o'Misery.
Life is extremely tough now…
yet, life’s extremely short now.
And Satan’s working overtime
to take over your indestructible soul.
Don’t let him.
I Choose Heaven.
Choose.