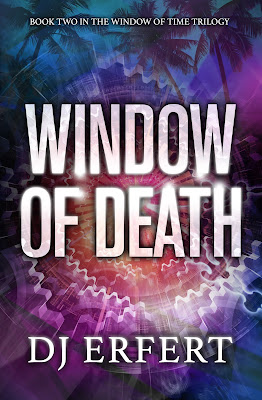 
CIA Agent Lucy James’s undercover reentry into the US doesn’t go as planned. The human coyote smuggling her and more than a dozen illegal aliens across the southern border into Arizona abandons them. Their group scatters. But Lucy is soon rescued by two US Border Patrol agents. After they hear shots fired in the distance, the hope of finding the others alive plummet. Ruthless border bandits methodically track and kill the illegals for the contraband-filled backpacks each man carries.

When Lucy has a premonition—a window into the future—she sees one of the agents killed by the same bandits. She must gain their trust in time to stop the bandits from continuing their murder spree, and find the missing backpacks containing the deadly packages before the US has its first mass terrorist attack since 9-11.